The Ghetto Blaster and Classical Music 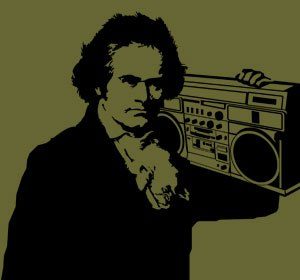 Back in 1988, I received my first promotion to become the Postmaster at Camptonville CA. In 2014, I would become the last Postmaster of Camptonville, but that’s another story and another post. This one’s about the failure of musical education in the United States.

I needed a radio for my small rural post office with a good adjustable antenna to pick up stations from the Bay Area. It was June and I went to the local Long’s Drug Store (now, CVS), because they sold consumer electronics at the time. I found a ghetto blaster that looked promising: it had an impressive telescoping antenna, tone controls, headroom, and a cassette player. It was an all-in-one device that would fit nicely atop the file cabinet behind my desk.

I know that ghetto blasters are not considered an audiophile medium and it would be years before I committed to a more serious stereo system for my office. But, I wanted to get the best sound possible and to know, before buying, that I could definitely pick up the local public radio stations from Sacramento: the classical station and the jazz station (before they sold out and went to news and commentary).

Summer was just heating up in the Sierras and it was hot outside. The young woman behind the counter set the unit down and plugged it in. I tuned right down to 90.9 and was pleased to hear a good strong signal putting out some vigorous orchestral music. The woman appeared a bit perplexed and remarked, “oh, Christmas music.” I was caught off guard, but recovered my composure quickly, smiled, and said, “I’ll take it.”