The Baha’i Faith: An Introduction for Christian Readers 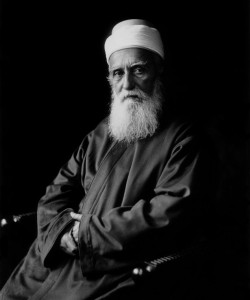 Yesterday, I began in earnest to bring my latest writing and publishing project to life. I created an outline and plan for a book titled The Baha’i Faith: An Introduction  for Christian Readers. Why an introduction to the Baha’i faith, you ask? Because there still aren’t nearly enough resources out there for popular consumption on the subject, since I first encountered the Baha’i faith back in the 80s. Sources tend to be partisan and there is very little dialogue between opposing groups, who share an interest in the Baha’i faith and its roots in Babism, Sufism, Twelver Shi’ism, and Islam. Of course, Baha’is will accuse me of being so biased, that I can’t possibly add anything helpful to the discussion. I disagree.

The book will be a brief historical and doctrinal introduction from an Evangelical Christian perspective, written for a popular or non-academic audience. While it is intended primarily for Christians, my goal is to craft it in such a way that anyone will be helped in understanding this new religion. There will be a contrast and compare of the Baha’i faith with historic Christianity, without a hard polemical edge, while pointing out the distinct and often irreconcilable differences between these two exclusive faiths.

Years ago, I presented a paper outlining some of the difficulties one will encounter in understanding Babi-Baha’i history. I will update and incorporate much of this information in the forthcoming book.

I will report my progress in blog posts and here, on my Interests page. You are welcome to join me, as I go off in search of the Babis and Baha’is once more, in the 21st century!