Skip to content
Home > Christianity • Religion > But, I Thought You Were A Christian!
Published December 3rd, 2016 by BoSalisbury

But, I Thought You Were A Christian! 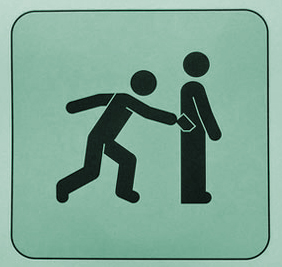 I was walking out of a function at a local church the other day and speaking with a self-employed brother in the trades.* He was on his way to a job and somehow got on the subject of financial dealings with fellow Christians.

He related how he had responded to a plumbing emergency at the home of a church member over a weekend and the person neglected to pay him for his services after being billed more than once (straight time and materials — no premium for after hours or emergency). A few months later, that same person called and asked if he could come over and do some more work. He felt uncomfortable with the arrangement and sheepishly reminded the customer that he hadn’t been paid for the work performed. They thanked him for the work, told him over and over how sorry they were for not squaring accounts sooner, and promised they would pay him at some point for the former job, as well as the work that needed to be done immediately.

“Can you come do the work for me?” He apologized, declined, and patiently told this person he was in a situation in which he could only take paying jobs at this time. They expressed sympathy for his predicament and asked if he could recommend another contractor in the fellowship who could do the work. He gingerly explained that every contractor he knew was in the same boat: they all needed paying work. He suggested they look online or in the yellow pages, where they would find plenty of tradesmen to do the kinds of things that needed to be done.

Immediately, the tables turned along with the customer’s attitude. “I thought you were a Christian!” — were as in past tense — his Christian confession became suspect after he raised the issue of a broken agreement. The person began gesticulating, shouting, and berating him for being unloving, greedy, an unethical businessman, and a bad witness for Christ. They stormed off and my friend was left sputtering. In a matter of seconds, he went from being a plumbing guardian angel to Judas: just because he wouldn’t work for free — for Christian customers.

If you’ve been a Christian for a while, I’m sure you must have a story or two like my friend. After following Jesus for decades and living in community (the latest euphemism for bearing one another’s burdens) in a number of churches, I can honestly say I’ve lost tens of thousands of dollars to unscrupulous, disobedient, Biblically illiterate, or hapless Christians through a variety of financial dealings. And, in at least one case, even though I was the loser and the other party got everything, the tables were turned and I was accused of greed and being un-Christian for simply not going along with their rationale for breaking their agreement with me! In one of those cases, the gaining party said to the losing party (me) that it was in God’s providence and part of His plan that they did not keep their end of our deal! In other words, it was ultimately God’s will that they sinned and it worked out for the best, in the end! If you’ve been a Christian for any length of time, you know that these are not uncommon stories.

My friend and I are both doing fine, financially. God has been gracious and kept us from catastrophe at the hands of others. But, I’ve known elderly couples who had their entire retirement plans wiped out by inept or unethical “Christian” financial planners. Other friends will work until they drop to make ends meet because uncaring and unethical “followers of Jesus” felt they were justified in taking advantage of them, financially. The people who failed to deal honestly with my friend and I are still doing well, too. But, if Jesus and His apostles are telling the truth, and I’ve no reason to doubt they are, a day is coming when all accounts will be brought into balance:

Come now, you rich, weep and howl for the miseries that are coming upon you. Your riches have rotted and your garments are moth-eaten.Your gold and silver have corroded, and their corrosion will be evidence against you and will eat your flesh like fire. You have laid up treasure in the last days. Behold, the wages of the laborers who mowed your fields, which you kept back by fraud, are crying out against you, and the cries of the harvesters have reached the ears of the Lord of hosts. (James 5:1–4 ESV)

So, where do we go from here? The day of reckoning approaches. So, how do we respond — what do we do right now, on this side of that day of judgment, if we are on the losing side of a financial matter with a so-called brother or sister that’s gone sour and there’s no sign they intend to make good on their promises?

I hope this very general post has been helpful. If you are looking for some answers or guidance over a situation like those described in this post, there are loads of resources online. I highly recommend this book, Unpacking Forgiveness:

* Some details have been changed or generalized in this and following narratives for the sake of anonymity.