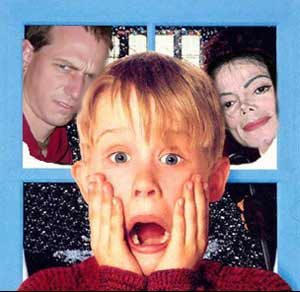 I began my first in-depth study of The Apocalypse this week and I think I have some insights and revelations of my own, concerning the identity of the Antichrist and the Beast of Revelation 13.

First, let me say that Dan (the guy to the left of Macaulay Culkin) is not the Beast, nor is his friend, Michael Jackson, the Antichrist. Of that, I’m relatively certain. However, I’m not so sure about King Juan Carlos of Spain.

You see, he’s been fingered as the Man of Lawlessness by a number of “prophecy experts,” most notably Chuck Missler and Jon Courson. As a supplement to my serious study in Revelation, I began listening to tapes by these Bible teachers, in order to gain insight into the strategic trends, which are preparing the world to bow to the control of this spellbinding, power hungry, dynamic, world dictator.

I found a tape of Jon Courson’s Prophecy Update for 1993 and he made a number of predictions about the things to come. Among them: 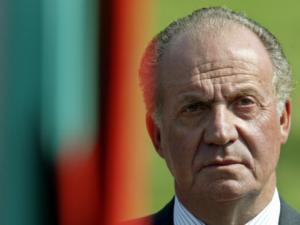 These are but a few of the nuggets of gold Mr. Courson mined out of the Scriptures for the crowd. Is it any wonder that we Christians are looked upon as a bunch of gullible half-wits, when we tell someone that Jesus died for their sins on the cross and rose from the dead, so they can live forever? That’s the problem with “crying wolf” and serving up this kind of sensationalistic exegesis to God’s people year after year — It may be entertaining, but Biblically illiterate Christians aren’t the only ones listening! These wild tales get out to the general population (many times because we have passed around a tape or CD or book promoting this nonsense) and the honest inquirer is left to separate the facts of the gospel from the chaff of speculative theories and prognostications.

There is a way to stop these people and their creepy, cultic fascination with events that haven’t happened yet (not to mention their amnesia, when it comes to the hundreds or thousands of failed predictions they’ve made). Just say “no” to their speculation and sensationalism!

2 Timothy 4:3 For the time will come when they will not endure sound doctrine; but wanting to have their ears tickled, they will accumulate for themselves teachers in accordance to their own desires…

But refuse foolish and ignorant speculations, knowing that they produce quarrels. 2 Timothy 2:23

2 Timothy 1:13 Retain the standard of sound words, which you have heard from me, in the faith and love which are in Christ Jesus.