Skip to content
Home > Christianity • Religion > We Trusted Them With Our Children
Published August 5th, 2006 by BoSalisbury

We Trusted Them With Our Children 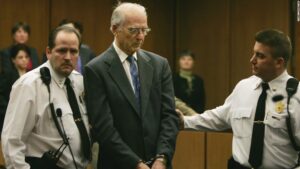 Child molestation cases involving Catholic priests have been all over the news since the 1990s, pointing to serious sexual abuse among the clergy of all faiths and denominations. What makes this such a powerful story is the fact that priests had built a solid reputation as trustworthy advocates for children over the years. When someone my age thinks of children and priests, we are immediately reminded of Father Flanagan and Boy’s Town. But, that has all been undone now. A relative few clergy betrayed that trust and robbed so many children of their sexual innocence, plunging the Roman Catholic church into one of the most costly and devastating crises in its entire history.

What is more frightening is that these sexual abuse cases are comparatively small in number and scope, in contrast to the hundreds of thousands of children in the United States, who have been or are being sexually abused by professional educators over a similar time period. A study conducted for the Department of Education, Educator Sexual Misconduct, found that about 10% of all school children will be the target of some sort of physical sexual misconduct by a teacher during their K-12 grade education. Carol Shakeshaft, who authored the study, points out that the U.S. Conference of Catholic Bishops found that about 10, 667 children had been victimized by priests between 1950 and 2002. Based upon numerous studies that she has worked with, Shakeshaft extrapolated the number of school children suffering abuse by professional educators to about ten times that of the clergy!

One study of 225 cases of admitted educator sexual abuse in New York found that none of them had been reported to the police and only 1 person lost their teaching license. Often the offenders in these cases are let off with a slap on the wrist. I wonder why that is. Perhaps it has something to do with the behemoth NEA, the teacher’s union that is so solicitous in having parents turn over their children to the “professionals,” when it comes to instilling morals and teaching about sexuality!

I noticed this trend about a year ago and have found a few local news stories, but rarely a national expose´ or serious article on this disturbing, almost universal assault on our kids. And, not all instances of sexual abuse are perpetrated by male teachers. There are more and more stories of female teachers initiating sexual relations with young men, young women, kids with special needs, and one teacher who molested 9-year-olds, then slashed her wrists in front of the class. It’s about time for the progressive media to get this story out across the country and, perhaps, save a few children some life-long trauma.

Update August 2020: Many of the links from 2006 are now dead and I can no longer find many of the news stories or reports through internet searches.