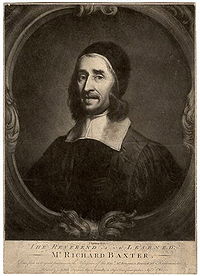 You are viewing on your device one more book on Christian leadership that demands a reading; “a must for the serious pastor or church leader!” But, warns the Preacher, “the writing of books is endless, and excessive devotion to books is wearying to the body.”1  So, “What sets this book apart from all those other indispensable resources on the subject? How do I know that this is not the final book; the one which makes me weary?” The answer lies not in a vigorous writing style, nor pleasant typeface and graphics, skillful editing, or even because it can be read in a single sitting. No, the answer is found in the life of Richard Baxter, arguably the most energetic and successful pastor since New Testament times.

Just as Spurgeon is known as the “Prince of Preachers,” so Baxter can be considered the “Prince of Pastors.” The well-known Christian author and authority on the Puritans, J.I. Packer, called him “incomparable”2 in his zeal and abilities as a shepherd of souls, as well as “…the most outstanding pastor, evangelist and writer on practical and devotional themes that Puritanism produced.”3

Throughout the Acts and the epistles, we are given sketches of the first century pastors, Jesus’ undershepherds, as well as instructions concerning their conduct and character. Paul, in his letter to Timothy, writes that an overseer must be able to teach; he must be free from the love of money and a one woman man. He instructs Titus, on the island of Crete, to appoint elders who are hospitable, self-controlled, and “able to exhort in sound doctrine and to refute those who contradict.”4

The qualities outlined in Scripture must be present in any man who shepherds God’s people, but in Baxter we see them manifested with extraordinary energy and power. His flock is cared for enthusiastically, effectively, and successfully. Therefore, his life forms an ideal portrait of the pastor who does not serve out of a sense of obligation or a feeling of accomplishment; And, certainly not simply to make a living. Baxter shepherded God’s people for Christ’s glory and their salvation.

To Baxter, conducting the souls of men to heaven made the pastoral work the most important labor a man can engage in. Consequently, he possessed an earnestness which will amaze you. Not content with a simple profession, Baxter worked tirelessly, intimately, “with fear and trembling” to guide his “good neighbors” to the heavenly Jerusalem.

My goal, through this sketch of Baxter’s life, is to awaken to or remind you of the seriousness of the work you are engaged in as a leader in Christ’s church. Rather than wearying you with another book, I pray that you will be renewed, invigorated, and stirred up to “shepherd the flock of God among you, exercising oversight not under compulsion, but voluntarily, according to the will of God; and not for sordid gain, but with eagerness…”5 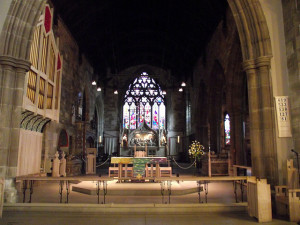 Baxter’s uncompromising love for the gospel and his earnestness for men’s salvation took him many places. It also incited his enemies to bar him from some and to imprison him in others. For this reason, a brief chronology will be helpful to follow Baxter’s life. He was born at Rowton in Shropshire on November 12, 1615, educated in the free school at Wroxeter from 1629 -32, and then went on to be tutored at Ludlow Castle. In 1638 he was ordained a deacon and served as the headmaster at Richard Foley’s School in Dudley in 1639. From 1639-40 Baxter was the curate or assistant to the priest, at Bridgnorth. Then, he went to Kidderminster where he would spend the next twenty years, first as curate and then as vicar, with an interruption of two years as a chaplain in the Army from 1645-47. In 1661 Baxter’s work for Christian unity took him to London, but the forces of intolerance emerged victorious and he was never allowed to return to his beloved Kidderminster. He spent his final thirty years in or around London, first at Moorfields 1662-63, then Acton 1663-69, Totteridge 1669-73, and Bloomsbury 1673-85. He was imprisoned for treason at Southwark from 1685-86. Upon his release, Baxter lived near his friend and editor, Matthew Sylvester, in Charterhouse Yard, Finsbury from 1686 until his death on December 8, 1691.

Sir Stephen James, writing of Baxter, said, “Men of his size are not to be drawn in miniature.”6 Yet, sometimes a “miniature” will capture the interest of those who might not ordinarily tackle a 300 page biography. It is the prayer of this author that a detailed miniature of Richard Baxter will inspire Christian’s everywhere to become earnest and effective leaders among God’s people, and perhaps to get to know Baxter better through the excellent biographies available, as well as his own works.