I’m still thinking about Art and there are so many memories. I really need to write them down and sort them into some order. Two things are on my mind today. First, a humorous anecdote, which may only be funny to those who could relate to This Is Spinal Tap, the movie. 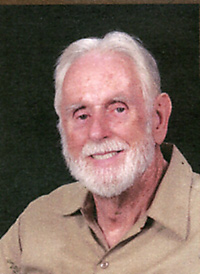 Art was a self-trained electronic technician (perhaps an engineer, as well) and he worked wherever he found something new and interesting going on — Hewlett-Packard, the Stanford Observatory and Foggy Mountain Music, for example. He grew up fascinated with broadcasting and one of his first jobs was installing and troubleshooting public address systems during the 1940s. When I met Art, he was working at Foggy in Grass Valley repairing electronic instruments and amplifiers. His passion was restoring old vacuum tube scientific measurement instruments, with Bakelite finish, Vernier knobs and analog meters.

I remember discussing sound equipment with him one day, because of my obsession with home audio, rock’n’roll music, my “The Paul” guitar and my Pignose Amp. I’ll never forget this conversation, because it was the only nut Art could not crack, the only concept he couldn’t “get his head around,” the one single, solitary time I remember Art throwing up his hands and abandoning any hope of understanding. We were talking about his work at Foggy, fixing guitar amplifiers for kids in local rock bands. With a tinge of exasperation in his otherwise normal clinical, logical tone Art complained:

Bo, I don’t understand it. These electric guitar players want their amplifiers to distort!

Art had spent a good part of his life working to eliminate any harmonic distortion in sound equipment and now there was a whole generation of musicians using effects to put distortion into the sound. Art was mortified!

The second memory is much more serious. When I met Art in 1980, we were both coming from years of exposure to some very odd ideas about the nature of God. Art was about six months ahead of me, thanks to a knock on his door from representatives of the Watchtower Society. They issued him a challenge, which led Art to study the Bible in order to argue with them, during his free time. He was an agnostic at the time and thought that he would enlighten them with his vast knowledge (and criticisms) of the Bible. Well, they gave him a real run for his money and he ended up thoroughly researching all of their assertions, which he found to be based upon itellectual dishonesty and historical distortions. He later credited those Jehovah’s Witnesses with leading him to faith in Jesus Christ, because in the process of checking their sources and the Bible, he found reasons to believe the gospel.

I was the beneficiary of much of Art’s research, as he shared his resources and insights into the development of Christian thought on the nature of God and Christ. We examined Sabellianism, Monophysitism, Adoptionism, Nestorianism, Apollinarianism, Arianism and Socianism. We spent hours studying the Bible and tons of church history materials in his barn or the humble cottage behind his daycare center.

I may have trouble keeping all those aberrant views of the nature of God straight nowadays, but I learned so much from Art and those were some of the most enjoyable times in my life… yes, in my entire life. He was a great guy, who came to faith in a great God and I was blessed to be along for much of his journey.