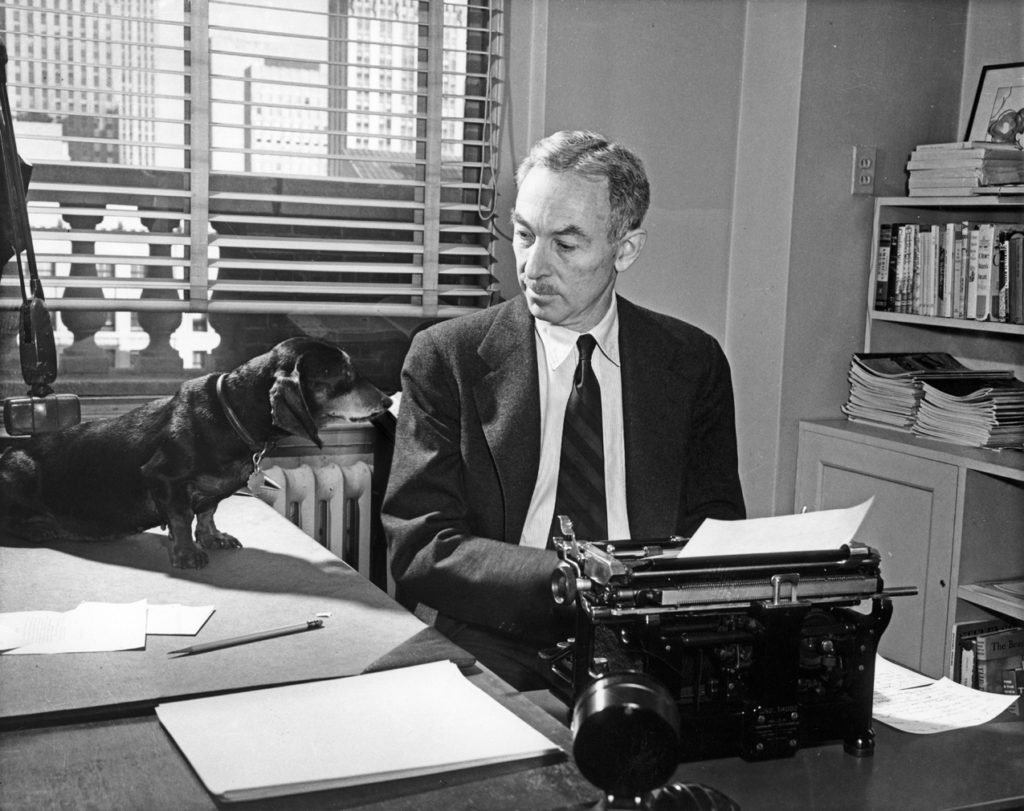 “Mr. Truman, reminiscing in a recent issue of the Times, says the press sold out in 1948 to ‘the special interests,” was 90% hostile to his candidacy, distorted facts, caused his low popularity rating… The ‘Republican controlled press and radio’… gave vent to frequent horse-laughs in their editorials and commentaries… Some of the published news was distorted, but distortion is inherent in partisan journalism… I have yet to see a piece of writing, political or non-political, that doesn’t have a slant. All writing slants the way a writer leans, and no man is born perpendicular, although many men are born upright. The beauty of the American free press is that the slants and the twists and the distortions come from so many directions and the special interests are so numerous, the reader must sift and sort and check and countercheck in order to find out what the score is. This he does. It is only when a press gets its twist from a single source, as in the case of government-controlled press systems, that the reader is licked.”