Be on guard for yourselves and for all the flock, among which the Holy Spirit has made you overseers, to shepherd the church of God which He purchased with His own blood.

The last motive that is mentioned in my text, is drawn from the price that was paid for the Church which we oversee: “Which God,” says the apostle, “hath purchased with his own blood.” Oh what an argument is this to quicken the negligent, and to condemn those who will not be quickened to their duty by it!

Paul’s final words to the Ephesian elders should fill all who would endeavor to shepherd a body of believers with a sobering sense of both profound privilege and awesome responsibility.

God demands the best for His people, but when we consider the pastoral care in many churches today, are we not bound to confess that much of what passes for oversight is simply the fruit of runaway egos or the lackluster efforts of pastors who have grown inattentive and lazy? Christian leaders need to commit themselves anew to humble, earnest oversight of God’s flock, because every member has been bought with a price. That price was the precious blood of Christ.

Our present situation is not unique. Many of the churches in seventeenth-century England were languishing under the oversight of men who had lost sight of the value of God’s priceless flock. They had become inattentive and lazy. One pastor, Richard Baxter, came under the conviction that it was time for the clergy in England to awaken to their task and be “reformed” or renewed in their ministry; The time had come to diligently “shepherd the church of God” with purpose and passion.

Baxter understood rightly that before he would see a reformation in others, he must begin with himself. A fire erupted in Baxter, igniting every part of his being and the effect he was to have in the churches of his day, as well as later generations has never been matched. Reflecting on the life of Baxter, John Wilkins, bishop of Chester concluded, “if he had lived in the primitive time he had been one of the fathers of the church.”2) 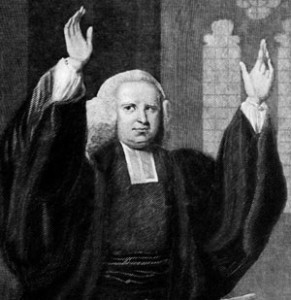 Baxter first came to public attention as the curate [assistant to the local vicar or priest] in the church at Kidderminster, a notoriously irreligious town which consisted of about 800 families. Baxter states, “when I came thither first, there was about one Family in a Street that worshipped God and called on his Name, and when I came away there were some Streets where there was not past one Family in the side of a Street that did not so…”3 The effects of his ministry in that community were dramatic and enduring. When George Whitefield, the eighteenth century Methodist evangelist, passed through the town one hundred years later, he noted the lingering “sweet savour of good Mr. Baxter’s doctrine, works and discipline.”4

While at Kidderminster, Baxter’s evangelistic fervor spilled over in his most popular literary work, A Call to the Unconverted, while his enduring devotional book, The Saints Everlasting Rest beckoned tens of thousands to meditate daily upon God’s promised rest. Both books were runaway bestsellers and the first of over 130 written and published in his 76 years! They remain in print to this day, convicting, convincing, and converting thousands.

As a preacher, writes his biographer, Frederick J. Powicke, he “could sway any audience as the wind can sway a field of corn.”5 His passionate, practical style made him very popular in Puritan England. He served as a chaplain during England’s Civil War (1642-1647), preached before Oliver Cromwell (b. 1599- d. 1658), the Puritan leader and Lord Protector of England, and was appointed a royal chaplain to Charles II (b. 1630 – d. 1685).

Baxter, the scholar, was virtually self-taught, receiving little formal education. He became versed in Latin, Hebrew, and Greek and had an encyclopedic knowledge and recall of the writings of the church fathers. His manuscripts reveal that he rarely edited or corrected his writings, but published them from the first draft! The margins are crowded with hundreds of references to a wide variety of classical and religious scholars, spanning two thousand years. Ever the caring shepherd, he diligently pursued his studies until his death, considering them essential for the proper feeding of those under his care.

Baxter could not conceive of a life divided into categories labeled “sacred” or “secular,” so everything he did was managed skillfully, earnestly, and under the scrutiny of his Master, to whom he would one day render a full account. Like the prophet Micah, he was consumed with God’s passion for social justice. He inherited five small tenements, but never took rent from them. Instead, he turned the money over to his “poor kindred.” His final treatise finished only months before his death, The Poor Husbandman’s Advocate to Rich Racking Landlords – written in compassion especially of their Souls and of the Land, was a stirring appeal for justice, addressed to the wealthy landowners of his day. He expressed opposition to slavery 100 years before Wilberforce brought the issue before the House of Commons and nearly 200 years before Lincoln’s Emancipation Proclamation, writing:

To go as pirates and catch up poor negroes or people of another land…and to make them slaves, and sell them, is one of the worst kinds of thievery in the world…and they that buy them and use them as beasts, for their mere commodity…are fitter to be called incarnate devils than christians…6

Baxter’s achievements are extraordinary. But, when we consider the obstacles which he faced daily, they are nothing short of miraculous and they stand as a testimony to God’s faithfulness to those who will give themselves unreservedly to His service. He was plagued by a virtual catalogue of physical maladies all of his adult life. Every single day Baxter experienced pain or discomfort and he hovered at the point of death numerous times. To list his symptoms and diseases would literally fill pages! But, pain couldn’t quench the fire in Baxter; it just slowed him down for a time:

…I fell into a Disease in my Eyes almost incredible; I had near every Day for one Year, and every second Day for another Year, a fresh Macula, commonly called a Pearl, in one Eye, besides very many in the other…till…I had almost lost my Eye…Thus I continued two years, curing the Spot one Day, and finding it still returned the next Morning…I went on with my Studies, though not without Pain and much Disturbance.7

His work at Kidderminster was interrupted by religious controversy, persecution, and civil unrest, as opposing armies skirmished in the surrounding countryside. Toward the end of his life he was arrested, fined, and imprisoned again and again for preaching the gospel without state approval. At the age of 70, he was tried on the trumped-up charge of treason and sentenced to eighteen months in prison. Yet, after a lifetime of trials, Baxter would write, “All these I mention as obliged to record the Mercies of my great preserver to his Praise and Glory.”8

As a shepherd among God’s people, Richard Baxter made Acts 20:28 the motivation for everything he did and he passionately urged others to do so, as well. Paul’s words, he said, are “A short sermon, but not soon learned!”9 It was his conviction that the overseers of Christ’s blood-bought church must not become complacent, but continually be reformed, allowing others to disciple and teach them:

Though we teach our people, as officers set over them in the Lord, yet may we teach one another, as brethren in office, as well as in faith…We have the same sins to mortify, and the same graces to be quickened and strengthened, as our people have…10

The church of Christ is priceless, reasoned Baxter, so Paul’s “short sermon,” must be repeated often to remind pastors, both intellectually and practically, what it means to “be on guard” for themselves and the flock.

At the birth of the twentieth-first century, do we need to be “aroused from the negligence in our work,” as the pastors of Baxter’s day were? When we reflect upon our motivation for ministry, do we ever stop to ponder the purchase price of the people we shepherd? Jesus paid that inestimable price at the cross; We could never do enough to repay Him. But, as His undershepherds, we must certainly do more. Let us humble ourselves and receive instruction from the life of Richard Baxter, as he illustrates, in word and deed, Paul’s “short sermon.”

Iron sharpens iron, so one man sharpens another. Proverbs 27:17

Brethren, join in following my example, and observe those who walk according to the pattern you have in us. Philippians 3:17

Shepherd the flock of God among you, exercising oversight not under compulsion, but voluntarily, according to the will of God; and not for sordid gain, but with eagerness; nor yet as lording it over those allotted to your charge, but proving to be examples to the flock.  1 Peter 5:2 & 3

Brethren, do you consider what you have taken upon you? Why, you have undertaken the conduct, under Christ, of a band of his soldiers ‘against principalities and powers, and spiritual wickedness in high places.’ You must lead them on to the sharpest conflicts; you must acquaint them with the enemies’ stratagems and assaults; you must watch yourselves, and keep them watching. If you miscarry, they and you may perish. Richard Baxter11

Are the souls of men thought meet by God to see his face, and live forever in heaven, and are they not worthy of your utmost cost and labour on earth? Richard Baxter12

Every time we look upon our congregations, let us believingly remember that they are the purchase of Christ’s blood, and therfore should be regarded by us with the deepest interest and the most tender affection. Richard Baxter13

A little love has made me willingly study, preach, write, and even suffer… Richard Baxter14