Were The Babis Terrorists? 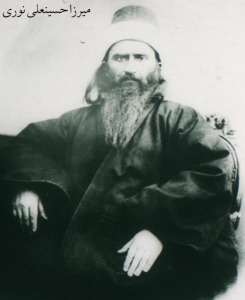 A couple of weeks ago I wrote a letter to the editor of The Union, our local newspaper. Here’s the text:

With the elimination of al-Zarqawi, pundits point out that there are hundreds al-Qaida to take his place. This would be the safe bet. However, history demonstrates that Islamic terrorists can change. The Baha’i faith is a good example.

Baha’is trace their lineage to the Bab, a 19th century Muslim terrorist who called on world leaders to repent and join him under the flag of the Mahdi. His followers carried his message through armed conflict, beheadings and murder until they were brutally suppressed by the Persian government.

After the Bab’s execution, leadership fell to one of his lieutenants, Baha’u’llah, who quickly began modernizing the various cells. He made gains, yet continued to own black slaves, hold plural wives and carry on a blood feud with his brother.

Baha’u’llah’s son, Abdu’l-Baha, guided the movement into the 20th century, abandoning the Bab’s tactics of “the striking of necks, the burning of books and papers, the destruction of shrines, and the universal slaughter of all save those who believed and were faithful.”

If the world responds to al-Qaida with condemnation and military force, perhaps they too will adopt a quietist expression of their religion, as the Baha’is have. Let’s hope they do.

A Baha’i reader took exception with my premise and, unfortunately, I was unable to develop it as fully as I would have liked to. The newspaper has a word limit for publication. However, I hope to carry on a dialogue in the comments. I think that by the current definition, the Bab and his followers would definitely be classed as terrorists. If you would like to read more about Babi militancy, you can check out these sources: