Skip to content
Home > Christianity • Religion > What If Christians Imposed Their Morality On Others?
Published April 9, 2007 by BoSalisbury

What If Christians Imposed Their Morality On Others? 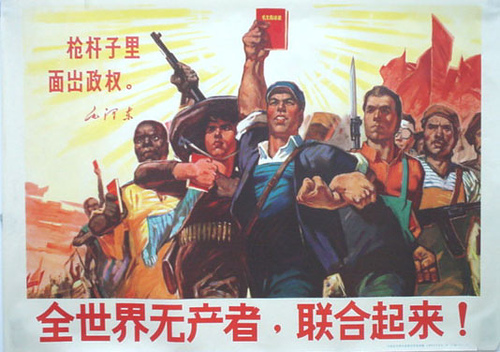 I was pondering this question the other day, after hearing that old chestnut about how Christians are trying to impose their will on the rest of us (as if the religious left, scientific atheists, secularists, materialists, pagans, and agnostics stand passively on the sidelines, while the great cultural and ethical debates rage).

So, what could we expect to see if Christians imposed their morality on others? Well, duh, it’s not like it’s a big mystery or something. We are standing on the shoulders of hundreds of years of western, Christian, democratic history. You don’t have to speculate. You also don’t have to wonder how the imposition of Christian morality would stack up against the imposition of socialism, atheism, Islam, Buddhism, Hinduism, paganism or progressivism on society, since there are plenty of those states or governments around to examine, many of which have been functioning for a good long time!

Under a dominant western Christian culture, I would expect to see liberals and progressives, scientific atheists and agnostics, as well as a good number of pagans and adherants to other streams of spirituality, along with Christians, at the highest places in government, educational institutions, and social welfare agencies. At the same time, robust women’s, gay, and minority movements would be thriving, imposing their values on the majority through the media, the arts, government policy and the academy. That’s because, historically and contemporarily, Christianity has proven to be very tolerant of others in promoting justice and fairness. Of course, I’m sure some would be quick to point to the relative few examples of Christian intolerance or bigotry down through time, but that would be — well, that would just be silly. The fact is, the levels of diverstity and tolerance enjoyed throughout Europe, the Americas, Australia, New Zealand, and others who have adopted western ideals is light years beyond Russia, China, the Middle East and repressive nations in the Pacific Rim.

So, back to the “what if” scenario: In western nations built on Christian notions of fairness and tolerence, Christians would be alternately vilified or lampooned in the dominant media and pop culture, yet slavery would be abolished, while it flourishes in Muslim societies and Africa. Every sort of sexual practice and gender confusion would be allowed or even celebrated, while homosexuality is once more being considered a capital crime in socialist Russia, as it was until 1996. Gays, pornographers, and others would be brutally treated in atheist China and majority Buddhist nations. And, what about censorship of the internet and the press? The scientific atheist utopias are the biggest offenders. When it comes to the environment and fouling one’s own nest, I’d say the atheists, pagans and Buddhists win hands down.

No, the fact is that, when it comes to imposing values, morality, and ideology on others, Christians are probably the last people in the world we should be fearing. When you look at the propaganda poster at the top of the post, I think you need to ask yourself why all those pagan, Buddhist, Islamic, and atheist utopians are walking away from their lands and out into the rest of the world with clenched fists and AK-47s. It doesn’t appear as if they are ready to engage in a dialogue… they don’t seem to be rooting for their favorite on American Idol… and, I doubt if they are heading to their local community college to sign up for Anthropology 27 Gender, Sex and Culture.