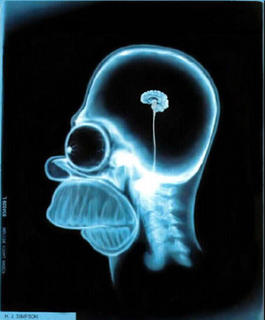 I just got home and my head feels pressurized… like it’s about to explode. So, I don’t have anything too profound except that in my meanderings this morning when my head felt like it was imploding, I came across these funny jpegs. The first one was found at Nacional sos el Decano del Futbol Uruguayo, which appears to be some sort of soccer fansite. The Salisbury’s always felt a certain kinship with the Simpson’s… perhaps that was all in my head. 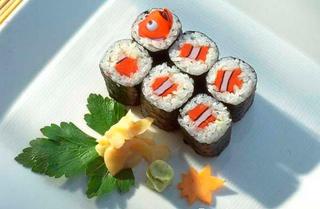 Next, I found this jpeg titled “We found Nemo!” at Middle Age Madness. It made me hungry… a Philadelphia Roll, perhaps?

Anyway, that’s all I’m capable of today… I’m listening to Humble Pie Performance — Rockin’ The Filmore full blast. This, I think, is Peter Frampton at his shreddin’ best and Steve Marriott is soulful and intense. Steve will go down in history with Terry Reid as two of the most underappreciated rock vocalists of all time… They got so close.