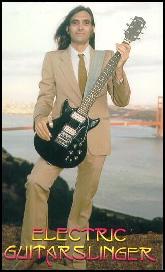 I’ve been getting a whole slew of very thoughtful gifts over the past two weeks. The biggest surprise was the video, John Cipollina: Electric Guitarslinger. Brian, Kathy and boys (last name withheld for privacy) sent it to me for my birthday and I was just floored. It was totally unexpected. Words can’t express… Anyway…

John Cipollina was my first guitar hero. A friend’s older brother let us listen, through headphones, to Who Do You Love on Quicksilver Messenger Service’s Happy Trails album. I was captivated by his stinging tone and use of a Bigsby “whammy bar.” That’s all it took. I paid homage to my hero by painting a ginormous watercolor of John, which I started when I was about 15 or 16 and completed in 2002. 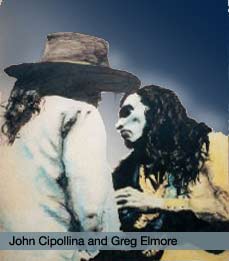 Unfortunately, I never did see Quicksilver with John in the lineup. Or, my favorite, Copperhead. The band had a $1.5 million contract with Warner Bros. and played straight forward rock and roll with nonsensical / comical lyrics (Kibitzer would have been roundly condemned in this day of politically correct finger wagging).

However, I did see him on some very special occasions. The first was at Winterland with Terry and the Pirates. John and Greg Douglass traded blistering solos… the photo below shows John with Terry Dolan… I don’t know who shot it. 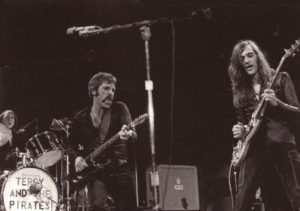 A few years later, I saw John with the short lived band Freelight. I think that was the band that inspired him to reach for his full potential, playing fusion with Pam Tillis on vocals. Pam was the daughter of Mel Tillis… she would go on to become a huge country star. I got to meet John and chat with him that night at the Starwood in Los Angeles. A friend went back stage and played John’s signature “batwing” Gibson SG. 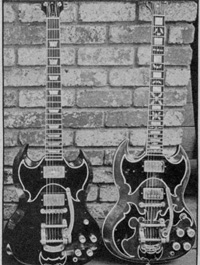 Finally, in 1980, I heard on the local radio station in Grass Valley that the Novato Frank Band, featuring John Cipollina, was playing a benefit in the remote town of Alleghany. Denise and I drove up there as fast as we could and there they were! I got some great photos of John that day. For some reason, I felt awkward and didn’t speak to him… I really wish I had.

I remember being at work in Camptonville when I heard the news that John died in May of 1989. He was too young.

The video is a lot like a home movie… I think that was by design… John’s identity was inextricably bound up in his family… his mom and dad, sisters and brother.

What did I learn from the video that I didn’t know? A few things. First, John had a twin sister. I also found out that he was attractive… that women fell all over him, but he was a gentleman. Nick Gravenites relates that women would go to John’s hotel room and Nick would check in on them at 1AM… they would be talking. Check back at 3AM… still chatting. At 7AM, John would see them to the door… they thought they were going for a romantic interlude, but John just treated them as fans. That was refreshing. It seems John was very likeable, that he would speak with anyone who approached him and give them his full attention, and that he was a bit of a joker. I was surprised to find that most of the vibrato on his records really was done with his Bigsby and not his left hand on the neck. He had big hands with long fingers, perfectly suited to classical guitar, but he never felt he was strong enough to perform the bends and finger vibrato so common to blues or rock guitar. Last but not least, I discovered that John was a bishop in The Old Catholic Church! I just hope he trusted in Jesus.