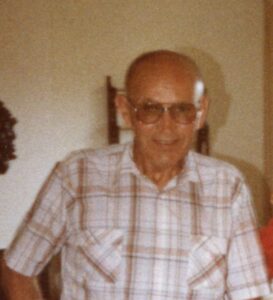 I was reflecting on my dad, who passed away in 1996. I think about him often — probably every day. He was a memorable man and I’m reminded of him every time I look at my arms and hands. Back before the entire world owned smartphones, taking and developing photos was a bit of a pain. So, I don’t have many pictures of my father. This is how I remember him.

As a kid growing up in Whittier CA, some of my friends absolutely hated their parents and, from what I could tell, usually for no good reason, if it’s reasonable to hate someone, at all. I couldn’t relate to that, but neither could I fully appreciate the depth of my parent’s wisdom until I was out on my own for a while.

I remember a lot of things my dad taught me on a variety of subjects; mostly about how to drive and maintain a car. He was a truck driver, hauling gasoline in doubles around the Los Angeles metro, working out of South Central LA. I really cannot think of one thing he got wrong. Everything I remember him telling me, I found to be wise or true or praiseworthy.

Here’s a compendium of just a few of my dad’s admonitions to his son, beginning with the automobile:

Being a Working Man